In the autumn of 2019 Hopkins spent time in Hay-on-Wye in the Welsh borders. Whilst there he visited The Rodd in nearby Presteigne, a pilgrimage of sorts to the former home and studio of the Australian Sidney Nolan, where he was able to stand in Nolan’s studio, handling its contents including tins of Ripolin paint!
When back in his studio in Leeds, with nearly a thousand photographs that he had taken during the visit, he began ‘The Nolan Country’ series, consisting of one hundred and seventy-two individual works, in three groups. The first group are fifty-eight drawings in ink made on postcards, based on fifty-six of the photographs, made during the run-up and aftermath of the UK general election in December 2019, as a kind of meditative disturbance and distraction. From the postcard drawings he made fifty-eight paintings, the second group, oil and water based gloss on board, each measuring 25 x 20 cm or 10 x 8 inches. During the making of the second series the original fifty-six photographs were used as palettes for the corresponding painting, which became the third group. 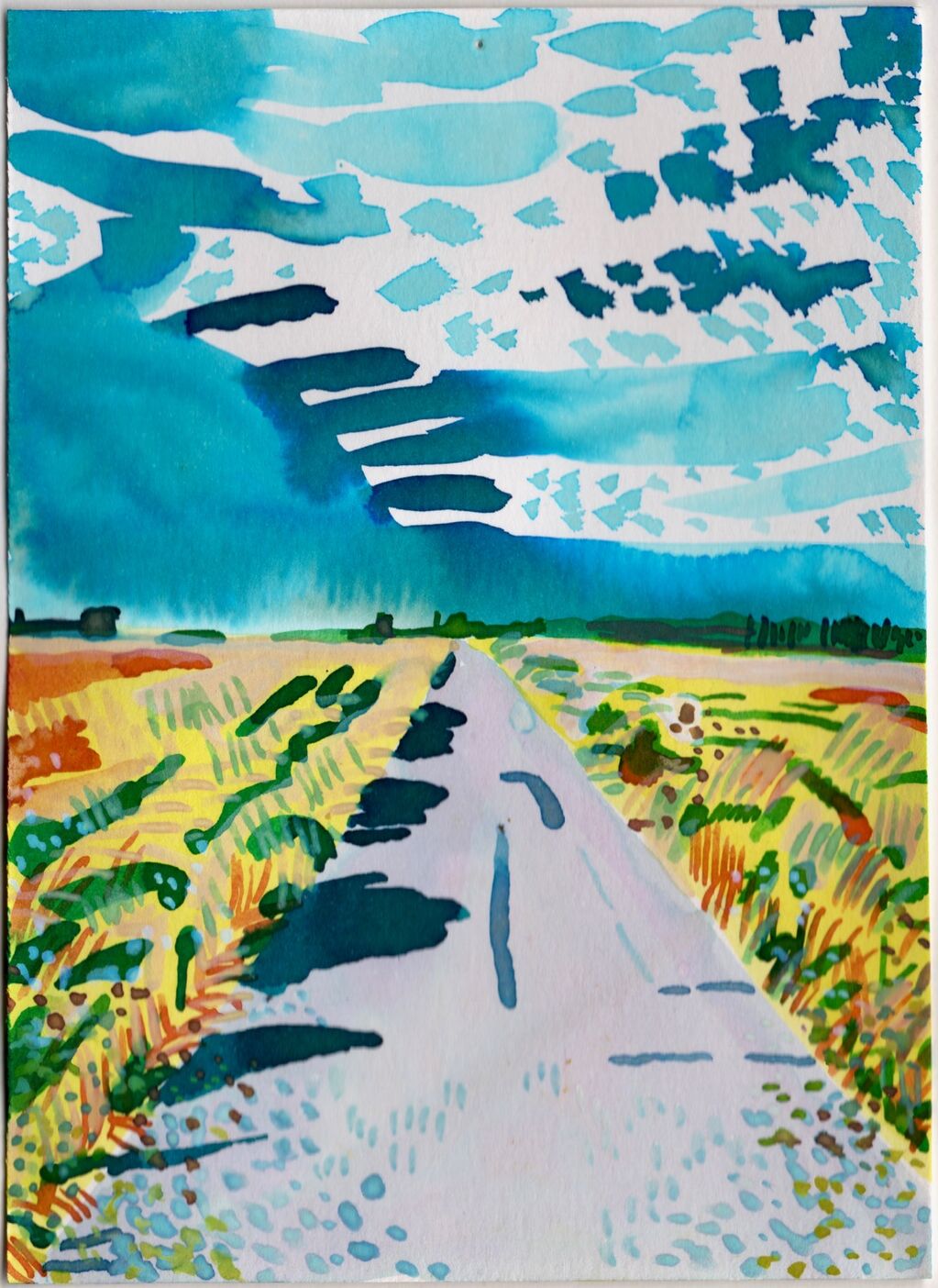